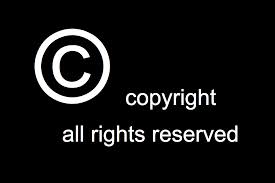 The day before yesterday, May 8, 2015, marked seventy years of the end of World War II in Europe and the unconditional surrender of Germany to the Allies…. It was on 8 May 1945. It is therefore appropriate to reflect on some private international law aspects of the copyright of a cursed book: Mein Kampf («My Fight»), authored ADOLF HITLER.

The book «Mein Kampf» («My Fight»), written by Adolf Hitler, was published in 1925 (Volume I) and in 1928 (Volume II) by Nazi Eher-Verlag publishing house, directed by FRANZ EHER.

From 1933, the book sales soared and the economic benefits produced were the main source of income for A. Hitler. He became a millionaire because of it. It is not surprising, because the Nazi State gave a copy of Mein Kampf to all couples who married in Germany. The State bought for this purpose, thousands of copies of Mein Kampf and pay the appropriate royalties to the author, ADOLF HITLER. It was him, of course, who had ordered the Nazi State to acquire the books and to pay copyright to himself.

World War II finished on May 8, 1945. At that time, «Mein Kampf» had sold only in Germany about 10 million copies. The book was translated into 16 languages. There was even a shortened version of «Mein Kampf» translated into English that did not reproduce certain contents of the original work, i.e. the particularly aggressive and anti-Jewish paragraphs. A journalist named Alan Cranston published its own edition of the book with some notes, but without authorization of the author and sold over half a million copies in the United States. Adolf Hitler sued him before the United States courts for infringement of copyright. A Connecticut court decided in favor of Adolf Hitler and ordered the removal of «Cranston version of Mein Kampf from trade in the United States of America.

In 1933, Franz Eher sold the copyright of Mein Kampf in the United States and England to some publishers in those countries (Houghton Mifflin in the United States and Pimlico in the UK). The owners of the Mein Kampf couyright in the US and in the UK has since that moment published the book in these countries until today. It is also probale that the copyright of the Dutch version of the book was sold in the Netherlands.

For the rest of the world, the copyright remained in the hands of its author: ADOLF HITLER. He committed suicide in Berlin on April 30, 1945 at around 15.15 hours. However, although deep research conducted by British and Soviet military experts, the fact is that no clear evidence of his death were found. Therefore, a «declaration of death» of Adolf Hitler was started before the German courts. This process lasted several years and ended with a «death certificate» (2/48/52 resolution of October 25, 1956), issued by a German court in Berchtesgaden). That resolution stated, now officially, that the death of Adolf Hitler took place on April 30, 1945 at 15.30.

The Germany copyright on written works lasts 70 years to be counted after the author’s death. Therefore, the royalties generated by sales of «Mein Kampf» have passed to the holders of such rights after the death of Adolf Hitler.

The copyright of Mein Kampf passed to the State of Bavaria (Germany). It is not clear if the transfer of ownership took place under the last will and testament of Adolf Hitler or under a subsequent process which took place on October 15, 1948 in Munich in which the Adolf Hitler’s copyright was mandatorily transferred to the State of Bavaria through a kind of expropiation.

The State of Bavaria owns the copyright on «Mein Kampf» and opposes the publication of the book in Germany and other countries of the world in which that State owns the copyright. Nevertheless, there are many issues that are beyond the control of the coypright’s owner. In the event that some individuals try to publish new editions or new versions of the book in several countries, the Government of Bavaria, well escorted by the German Ministry of Foreign Affairs, opposes to those publications through appropriate legal devices.

Royalties from «Mein Kampf» were deposited in a bank account in Switzerland opened by MAX AMMAN on the name of Adolf Hitler. Even if the exact amount is not known, it should be very high, as sales of the book in the thirties were extrodinariamente high.

Seventy years after the death of Adolf Hitler, the Bavarian State copyright on «Mein Kampf» expires on December 31, 2015. The book «Mein Kampf» become public domain and anyone, in theory, might publish the book in Germany.

It should be noted that the duration of copyright varies from state to state. Accordingly, such rights can enter the public domain in Germany but not in other countries. Will the book be freely printed and published in some countries, as Spain, while it wiil be not possible in other countries?

These issues must be solved through the rules of private international law relating to intellectual property. Those rules are built on the territoriality of intellectual property rights. Copyright is national concept. There is not one single copyright on one human creation, as a book, but different «copyrights» on the same book. One country, one copyright and so on. The Spanish copyright on «Mein Kampf» cannot be violated in France or Germany, but on only in Spain. The features of the Spanish copyright on «Mein Kampf» are those decided under Spanish law. As a consequence, the duration of copyright changes from State to State. The Berne Convention for the Protection of Literary and Artistic Works («the Berne Convention»), made the 9 September, 1886 accepts this view. In fact, Article 5 of the Berne Convention declares that «the extent of protection, as well as the means of redress afforded to the author to protect his rights, shall be governed exclusively by the laws of the country where protection is claimed». In general it can be said that EU Law have not changed this situation. Copyright is still a national concept and it may exist in one country but not in other countries.

All in all, «Mein Kampf», a book that that should never have seen the light of the sun, continues to create problems for private international law…